Spring Grove, Minnesota was the first Norwegian settlement in the state. The Germans immigrated to places like New Ulm. Later on, many Czechs settled in the towns of Montgomery, Lonsdale and New Prague (the kolacky heritage remains strong!). Throughout history, the 20 counties now served by the Southern Minnesota Initiative Foundation (SMIF) have been the first to welcome new waves of refugees and immigrants.

That remains true today. While Minnesota is facing a shrinking workforce due to the aging of Baby Boomers, there are pockets of in-migration across our region, largely driven by immigrant populations. In SMIF’s 20 counties, there has been a 56% increase of people who are foreign-born from 2000 to 2015. In Mower County 3.6% of the population was foreign born in 2000; by 2015, that had more than doubled to 7.5%. 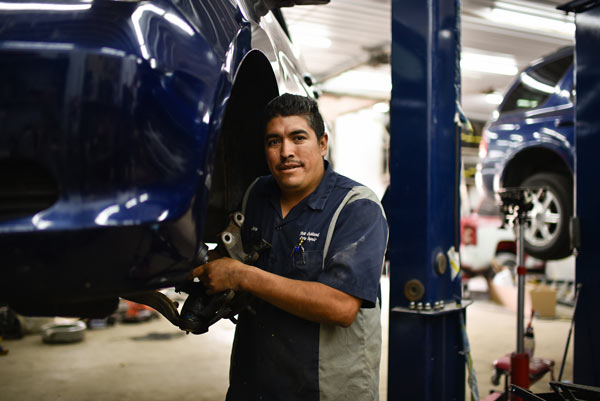 Austin, home of Hormel, has welcomed wave after wave of new immigrants. In the 1990s, it saw an increase in Central American immigrants, followed by African immigrants in the 2000s. The latest newcomers are Karenni people from Southeast Asia. While many rural Minnesota towns are seeing a population decrease and a worker shortage, Austin went from three decades of population decline to seeing population growth since the 1990s; since 1990, Austin’s population has increased by 12.8%.

It takes courage to leave the place you call home, even when forced out by civil wars or natural or economic disasters. Perhaps because so many of these foreign-born families have already risked so much, once in America, they are leading the way when it comes to entrepreneurship. A 2015 report from the Kauffman Foundation states that 28.5% of new entrepreneurs in 2014 were immigrants. 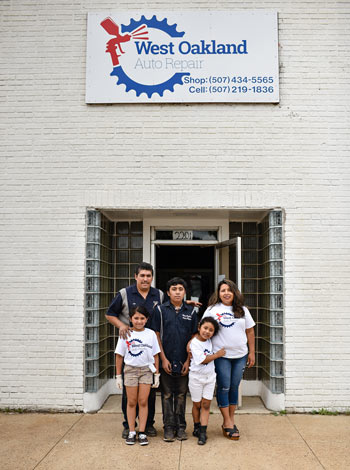 Jose, Cecelia and their three children outside their new building. They went from renting to owning.

The path to small business ownership

Jose Rodriguez and Cecilia Cifuentes are one of many entrepreneurial success stories. They own West Oakland Auto in Austin. Jose immigrated with his parents from Mexico in the mid-1990s. At first, he started working at Quality Pork, a subsidiary of Hormel. There, Jose started working on cars on the side. “I didn’t think about being a mechanic, but I started working on my own cars and liking it and I said, ‘let’s give it a try,’” said Rodriguez. “I felt like I was doing something good.”

Rodriguez’s father and mother created West Oakland Auto, an auto repair shop, in 2012. “It’s kind of funny, because when people see my dad around, they always think that he’s the one who started it all, but it’s actually the other way around,” said Rodriguez. “He actually became part of the team after I started working at the garage. He learned a lot of me. My dad is more of a farmer.”

The entrepreneurial bug is catching. “Now my nephew (Elijah, 19) has been helping us for quite a few years, handing us equipment and bringing stuff in. Now he’s still with us, working for us full-time while he’s on vacation,” said Rodriguez. “When his father comes and helps us, my nephew is actually teaching his father what to do.”

Jose and Cecelia know that they are not alone in their dream of running their own business. “A lot of the people I talk to say ‘I always wanted to have my own business, to open a grocery store or corner store or construction company,’ but they just don’t have the right information,” said Jose. 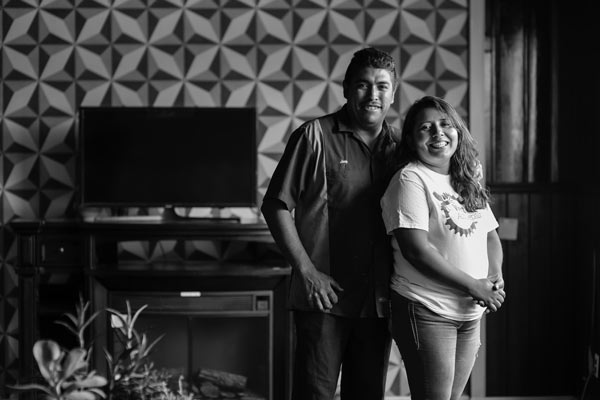 Jose & Cecelia in their new waiting room. “It feels like a family room, which is what we wanted,” said Cecelia.

Rodriguez conceded that money is one limiting factor, but the lack of business education is where he feels the most effort is needed to help others take the plunge into small business ownership. “Just because we know how to do something – let’s say bake cakes – to go from making a few for family to opening a business, you have to know what to do with it, from advertising to financial to managing books and people. There’s a lot to learn,” said Jose.

SMIF’s business resources are unique compared to banks because the Foundation can offer both loans and technical assistance to new or expanding businesses. “We heard about SMIF from Accentra Credit Union in Austin,” said Rodriguez. “They couldn’t give us a loan because we didn’t have a business history or experience with paperwork or bookkeeping, so we didn’t really have cash flow projections or a business plan at that point because we didn’t know any better. They recommended us to SMIF and Marcia helped us out with our books, putting together a profit/loss balance sheet, and helped us with our first loan.” That was in 2012.

Jose and Cecelia used that loan to grow their business. “The last three years, we’ve seen a 50% improvement at least,” said Rodriguez. “So far, looking at last year’s books compared to this year, we are already ahead of last year.” In 2016, they were approved for a second loan, this time to help them expand into their own space, a building which they now own. “Our second loan from SMIF was for purchasing equipment. I’m predicting that it will lead to a big improvement on our business and help create jobs…right now, we have seven people working for us.”

In the midst of building out their new auto garage, which will have a paint room when finished, Cecelia attended several SMIF-sponsored trainings to connect with other business owners, including the Entrepreneurial Bridge, the DEED-sponsored Prosperity Initiative trainings, and Small Business Saturdays. “We have been meeting with other business owners, and you can see that they struggle with some of the same things, we’re in the same spot,” said Cecelia. “When I was in the meetings, it was good to talk to them about my experience and to find out what’s going on with them. You can advise them, they can advise you. It’s not just we’ve been growing the business, but ourselves.” 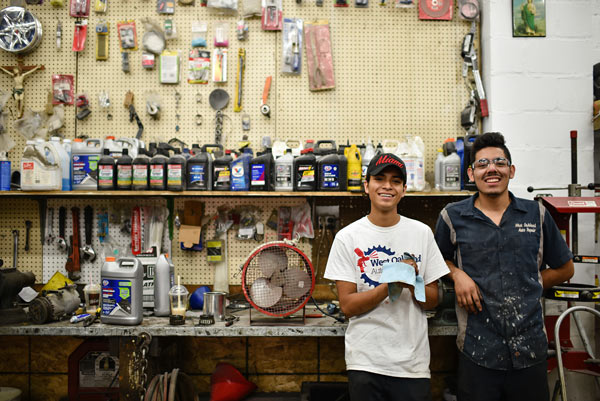 A brighter future for the next generation

Now, Jose and Cecelia feel at home in Austin. “After the years went by, we had a family, and I feel it’s a really great small town to grow a family,” said Jose. “Having kids, you’re involved in many different activities. You get to meet other parents because of the kids, and you get more involved in the community in general.” Jose said when he goes to the city for building permits, they know him. “The Austin community in general, not only the Spanish-speaking community, they’re really appreciative of what we’re doing. It feels like we’re growing along with the community.”

Unlike some immigrant business owners, Jose and Cecelia do not rely on their Spanish-speaking community alone for business. “We work on cars, and everybody drives cars and owns cars and will eventually need work done,” said Rodriguez. “We have a lot of Spanish-speaking customers, but we also have African American customers, and more recently, Asian customers, and we’re getting new customers from those communities who come in and recommend us to others.”

As Jose and Cecelia look ahead and what the future holds for their children, they’ve learned that planning can only get you so far. Sometimes you just have to be open to opportunities and willing to take a risk. “What we have to focus on is today,” said Rodriguez. “We can plan all we want, but we’ll never know what they’re going to do. We’re just going to give [our kids] the tools and education, but at the end of it, they’re going to decide what to do.” 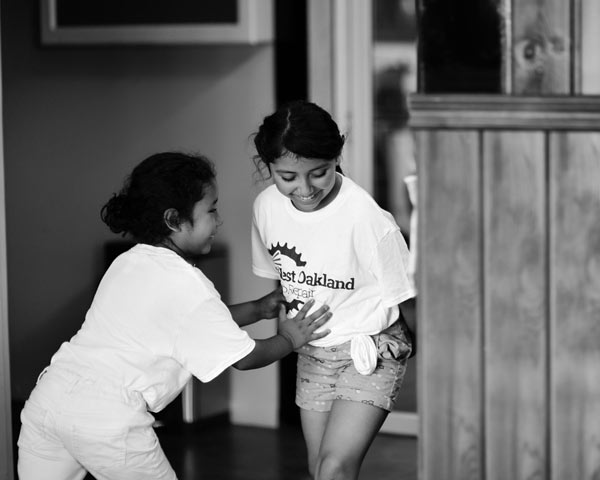 Jose & Cecelia’s daughters now have a space to play and hang out at the shop.

Learn more about SMIF’s Loan Programs and the Prosperity Initiative.