Southern Minnesota Breweries On The Rise

Home/Stories/Southern Minnesota Breweries On The Rise

Southern Minnesota Breweries On The Rise 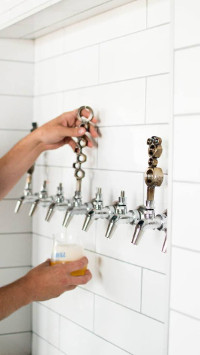 The craft brewery business is booming, especially in Greater Minnesota. The Surly law, passed in 2011, changed the game for many small brewers allowing them to sell their beer in taprooms. MinnPost, City Pages and others reporting in 2016 believed the bubble would burst on this beer craze. But, the “craft beer boom” doesn’t seem to be slowing down; more breweries opened in 2017 than in any other year. MN Beer reports over 30 breweries opened last year with the majority being in Greater Minnesota. MinnPost notes that breweries, wineries and distilleries are local attractions that help grow the hospitality and tourism industries of rural Minnesota towns. Enthusiasts travel to these craft breweries to enjoy the originality each of these unique, locally-owned breweries bring to the industry.

Southern Minnesota Initiative Foundation (SMIF) has had the opportunity to support this growing industry in our part of the state; Imminent Brewing, F-Town Brewing Co., Little Thistle Brewing Co. and Half Pint Brewing Co. are all loan clients. What started for many as a home brewing hobby and a dream, began to take shape as a business plan was put in place. Many additional pieces had to be put together to make their brewery dream a reality; they had to secure financing, build and design the space, purchase commercial production equipment and more. SMIF was able to play a role and collaborate with other financial and economic development partners to support these emerging entrepreneurs.

Imminent Brewing, located in Northfield, opened its doors in April 2017 and has found great success. SMIF along with First National Bank, Rice County EDA and Northfield EDA provided Imminent a loan for supplies, machinery, equipment and working capital. Its taproom and outdoor patio draw in crowds of both people and pups. Imminent has witnessed the brewery packed with locals and visitors enjoying the food trucks, live music, and frequent community events. With rave reviews on Facebook, the consensus is clear: Imminent Brewing is a staple of the Northfield community. Imminent believes in social responsibility and often supports nonprofits and other community efforts, yet another reason why locals love the brewery. On Imminent’s one-year anniversary, co-owners Derek and Laura Meyers wrote a blog post of thanks, “We are so honored that you have made us Northfield’s Living Room. We look forward to you coming in to relax with us for years and years to come.” 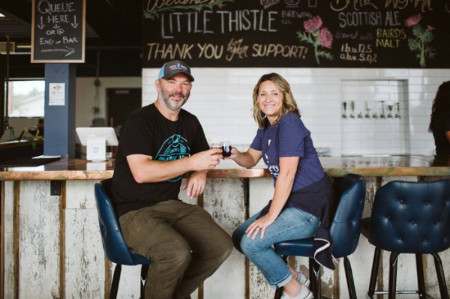 A newer brewery in southern Minnesota is Little Thistle Brewing Co., located in Rochester. SMIF, Olmsted National Bank and 504 Corp partnered to provide a loan for the brewery that was used for working capital, property acquisition, equipment and building renovation. Once a storage unit, Little Thistle underwent an amazing transformation to become the brewery it is today. Little Thistle’s grand opening was just last weekend and is already the place to be in Rochester. Lines were out the door as people waited to taste their beer on Friday. Many agreed this is just what Rochester needed. Owners Steve and Dawn Finnie said to SMIF, “We are so grateful to you for believing in our project. We can’t wait until everyone can visit and share the space (and a beer).” 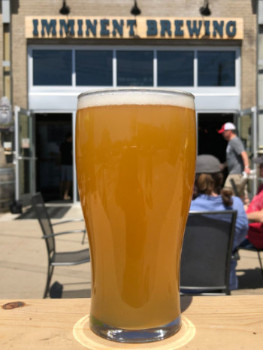 Collaboration is key to stimulating this growing industry and the economic vitality of the whole region. Imminent Brewing helped Little Thistle navigate opening a brewery as well as shared tips they’ve learned along the way to be efficient. Imminent has been instrumental in supporting the growth of the craft industry through promoting and partnering with other local breweries, cideries and distilleries. They promote each other’s craft on social media, work together at local community events and collaborate on unique offerings, proving that when they all work together they are strengthening the network of this growing industry.

Breweries are an industry with opportunity, and when you look at southern Minnesota, success is abundant. SMIF is happy to be supporting this industry’s growth and helping entrepreneurs’ dreams become a reality. 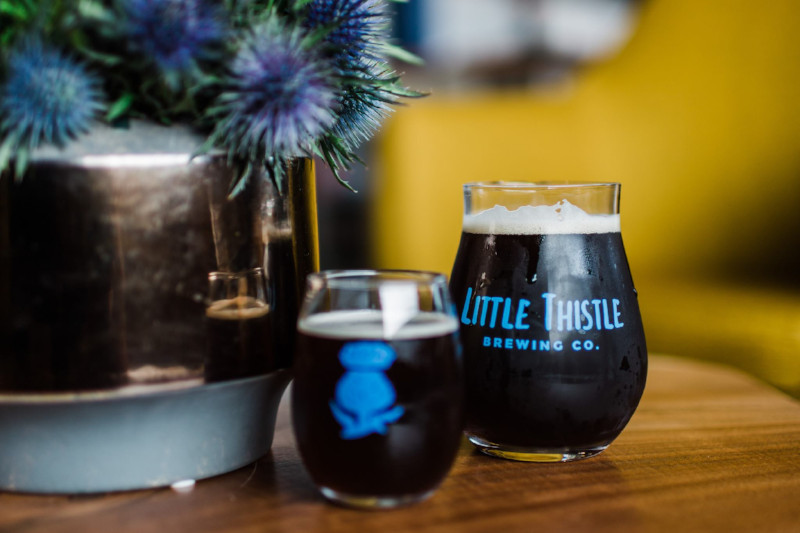