On May 31, 2017 the Children’s Defense Fund of Minnesota (CDF-MN) gave a presentation at Southern Minnesota Initiative Foundation (SMIF) on early childhood access to care. Over 20 community members ranging from early childhood professionals to interested community members from across the southern Minnesota region gathered to hear what the Children’s Defense Fund had to say.

Stephanie Hogenson presented key findings from recent data collected about various topics centered on access to care for young children in Minnesota. The data is available to the public through the Early Childhood Longitudinal Data System (ECLDS). The results are astonishing. Of the families income-eligible (income below 47% of the state median income-$37,264 for a family of three), 84% are not enrolled in the Minnesota Child Care Assistance program (CCAP) due to a lack of funding. [1]

Reports also show that “nearly half of all families on the waiting list wait more than one year before being able to access the program.”[2] Children are not able to access child care assistance despite eligibility because there isn’t enough money funding these vital programs.

The Children’s Defense Fund states, “by investing an additional 2% of the federal budget into existing programs and policies that increase employment, make work pay, and ensure children’s basic needs are met, the nation could reduce child poverty by 60% and lift 6.6 million children out of poverty.” [3]

As founder and president of the Children’s Defense Fund, Marian Wright Edelman, states, “We do not have a money problem in America. We have a values and priorities problem. Investing in children is not a national luxury or a national choice. It’s a national necessity.” [4]

Stephanie Hogenson, CDF-MN Research and Policy Director, hopes that they can “spread more awareness that this data is available and accessible and can be beneficial to programs and advocates.” She also hopes that the tool will inform policy makers’ decisions by bringing to light these issues and ways to solve them. In regards to improving access to early childhood care, Stephanie stated “It’s not a lack of willingness, it’s a lack of knowledge or availability of funding and resources to make things happen.”

The Early Childhood team of Southern Minnesota Initiative Foundation understands access to care is a problem and is working to educate the public by having presentations like those of the Children’s Defense Fund. 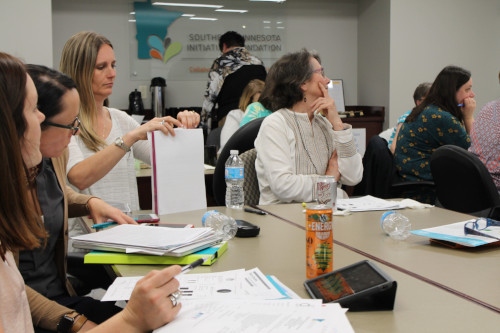 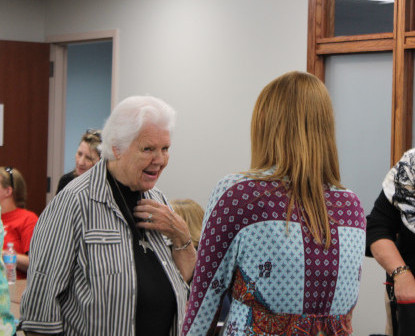