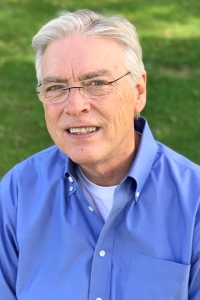 Tim Penny joined Southern Minnesota Initiative Foundation as President/CEO in April 2007. Tim’s extensive background complements many of the Foundation’s key interests, including the areas of early childhood development and economic development. Tim represented Minnesota’s First Congressional District in the U.S. House of Representatives from 1982 – 1994. Previously, he was a member of the Minnesota State Senate from 1976-1982. Most recently, he was a Senior Counselor at Himle Horner, a Twin Cities-based public affairs firm, and a senior fellow at the Humphrey Institute. Tim is co-chair of the Economic Club of Minnesota, co-chair of The Committee for a Responsible Federal Budget and serves on the Board of Parent Aware for School Readiness . Tim has co-authored three books: Common Cents; The 15 Biggest Lies in Politics; and Payment Due. Born and raised on a family farm in southeastern Minnesota, Tim received his B.A. in political science from Winona State University.

What is one of the most odd/interesting things you’ve come across in our region?
Slim’s Woodshed